In 2009, I began a new chapter in my life. Not only was I co-owner of Gypsy Shadow Publisher, but I started wearing several hats within the Indie Publisher business. CFO – Chief Financial Officer – Definitely the Buck stops here – receive and distribute money for book sales to authors. Chief Editor – and for the most part the only editor! Work with authors to create the best book out of their manuscripts and get them on the market. 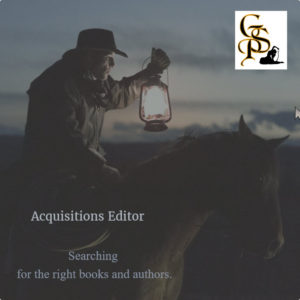 Receive submissions from a whole range of authors.

And I mean a very wide range! From the beginning, I chose the manuscripts I believed would be right for us and the most easily polished for the market. I chose the authors I resonated with – that’s the only way I can say it, because I chose authors by the way they wrote about themselves and what they said. AND I chose the manuscripts which were submitted following the submission guidelines, we placed on the website.

I’d like to give you a couple of great examples.

Violetta Antcliff and Anne Petzer were recommended to us by respected members of the writing and publishing community. Violetta lives in Sherwood Forest and is an extremely versatile short story writer. Her Jason stories are a joy. One of my favorites of her stories is Sneaky Shenanigans about a rather bashful bachelor courting a widow. Anne Petzer’s stories are based in Prague, the Czech Republic, where Anne resides. The Feline Intelligence agent, Zvonek 08, named for one of Anne’s cats, solves mysteries and combats crime. 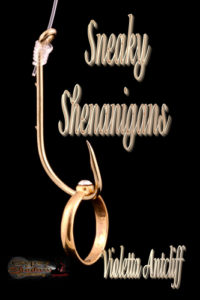 Here’s a bit of Sneaky Shenanigans:

Patrick O’Malley had come to a decision. Today he would ask the widow Bridget Flynn if she would consider walking out with him. He’d thought long and hard about it, spent sleepless nights tossing and turning, weighing up the pros and cons. Now, right or wrong, his mind was made up.      It was six months since his old Ma had passed away and over two years since Bridget’s man had died. He knew there were bonuses for a man living on his own, smoking a pipe without being told get outside with the evil smelling thing was just one of them. The pleasure of being able to fart when and where he pleased without blaming it on the dog was another. But if the truth was known, he had to admit there were some things a woman could do better than a man. Putting a good supper on the table, darning socks and turning collars on shirts, just to mention a few. He missed his old Ma but it was time he started getting on with his own life, hence his resolve to call on the widow woman and chance his luck.      Wearing his second best working clothes and Sunday cap, the dog at his heel, he strode determinedly towards the widow’s front door, knocked, and waited. He knew she was in, he’d seen the curtains twitch. She’s in no hurry to open the door to me, he thought blowing on his hands, its bloody cold standing out here. “Sit, boy,” he said giving the dog a pat on the head, “Not long now. I can hear her coming, Just you be on your best behavior do you hear me? No jumping up or chasing the cat.”

And here is a bit of Cat on Thin Ice, Anne’s first Zvonek 08 story. 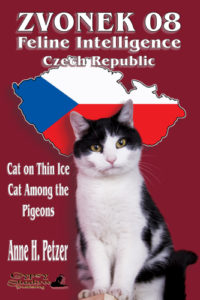 Zvonek stretched out on the big comfortable bed with the thick soft duvet, and closed his eyes. Life was good again; at least for a few days; hopefully weeks, now that the mission was finished. He loved Strašnice, it had been his home for a year now and already he had so many good memories. Bad ones too, but they didn’t count when you had so much to be grateful for. Ahhh…with only one life gone, he could still enjoy himself.

The evening had ended on a good note, although it had not started that way. Zvonek had not called for back-up, leaving him and Honza in a very vulnerable position. Vladimir, his boss, known to them as V, was not happy with them. He felt Zvonek not only compromised the mission, but put their lives in unnecessary danger. However, the job had been done, he and Honza had escaped unscathed, and after a few days, V would see that.

So in true cat fashion, Zvonek stretched out and closed his eyes once more. Remembering all the good things, he slowly drifted off into a daydream of salmon truffles and low fat milk, served by pretty feline waitresses at a luxury resort paid for by Feline Intelligence (FI). This kitty agent was certainly due for some down time. He was, after all Zvonek 08.

Just as the bit of feline fluff in his dream was about to scratch his ear, a shrill noise jolted him back to reality. Mom’s alarm clock! Food. Breakfast. He jumped up, stretched and made for the kitchen. Life was good!

Sometime later after Mom had gone to work, Zvonek was sunning himself in the window, watching the fat juicy pigeons peck at food on the ground, the scroungers, when a sudden movement caught his eye. Something to the left, under the car, he thought. Immediately alert, he tensed and watched the spot intently, waiting. Minutes ticked by: nothing.

Bah! he thought, my nerves are still jittery from the last mission. Just nerves.

Zvonek resumed his grooming, then stretched again. This is great. Warmth, peace—what more…There, the movement again. This time he crept behind the curtain and peered out, obscured from whatever it was under the car. If indeed there was something there. Not entirely convinced that it was just his imagination, he waited and waited, but still nothing.

Hmmm. I am becoming paranoid, he thought, maybe a life short is enough to give me the jitters.

I hope you can see why I chose them!

Have a great day and READ!

will be celebrating its seventh year in business in September. We are primarily an eBook publisher based online, although we have almost 50 books in print! Please drop by and check out our more than 250 eBooks by almost 100 authors. (Including the owners of the company!

Denise Bartlett is Gypsy Shadow Publishing’s Chief Editor and Acquisitions Editor. She delights in working with established authors to tighten up their manuscripts and their messages and in working with brand new authors to bring their dream of being a published author to fruition. Visit her on Facebook at: https://www.facebook.com/DeniseBartlett.ChiefEditorGSP/

Gypsy Shadow Publishing is a Texas based company with authors, artists and readers all over the world. We’ll be 7 years old in September of 2016!

So many wonderful authors and artists have joined our group over the years and we are happy to add more stories and more writers. In addition, in the coming year, we will be adding educational features for writers, reintroducing our writer’s contest as a quarterly competition, and offering editorial, graphic and artistic services.

Gypsy Shadow Publishing has always been independent; even as an Indie publisher, we are not cut from the same cloth as others. As authors ourselves, we want to teach as well as polish; feed the imagination as well as accept the ideas and individual traits of our authors. As the acquisitions editor, Denise Bartlett selects the works which she feels are most likely to do well without extensive revision, and authors who follow the submission guidelines and present a well-written product, edited and prepared for the market. As the Chief Editor, she works with authors one on one, editing manuscripts and encouraging each writer to produce the best work they are capable of. Charlotte Holley works with the authors and artists to design covers and marketing tools, creating some covers from scratch or from stock photos and others from photos or artwork furnished by the author. Charlotte Holley also reads every one of the books released, and lends her special proofreading skills to the finished product.

Please visit our site, http://gypsyshadow.com/ and peruse our offerings. They are also available in all popular electronic formats across the web through Amazon, Barnes and Noble, Smashwords and a myriad of other distributors. Our print books are available online and around the world, through major bookstores: each is listed in Books in Print.