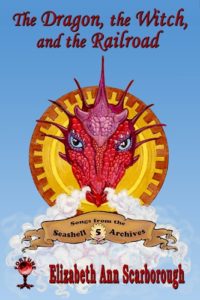 Visitors from other planets are not usually a part of renting a cottage and Susan is a woman who feels she can take on anything, as long as she can identify the problem, she can discover an answer to it. Enter the image of an Adonis, a naked man on a rainy night – seared into her memory, and the awareness that an escaped prisoner is on the loose. Violetta Antcliff has woven a tale of mystery, brewed with a wee touch of fun. 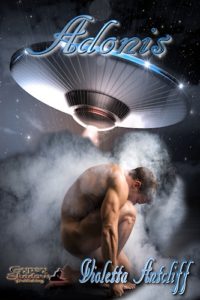 Check out Adonis by Violetta Antcliff

Susan is a strong woman; not even the break up of her marriage fazed her. She just picked herself up, brushed herself off and got on with life. She has a firm belief that for every problem there is an answer. However, when she rents a cottage on the edge of the Yorkshire Wolds, she finds her motto put to the test. UFOs, a naked man who claims to be an interplanetary agent, and a dangerous escaped prisoner are not typical everyday occurrences in her life. And as she is to find out to her dismay, a cup of tea is not the answer to the strange state of affairs she finds herself caught up in.

Feline Intelligence – Czech Republic on the case again in Zvonek 08, Book Five of the Zvonek 08 series. Cat lovers and fans of covert undercover assignments will love these two stories – Cats in High Water & The Eighth Key Committee. The first is a nod to the floodwaters rising in Prague in 2013. The offices of FI are being flooded and evacuated and the cats are busy when a request comes in to save a colony of stray cats who live at the zoo. Zvonek 08 and his fellow intelligence officers to the rescue! The Eight Key Committee is another FI drama concerning a valuable gem and a missing cat. 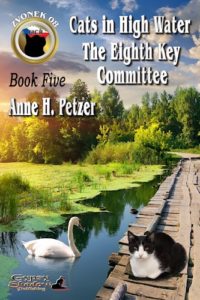 Cats in High Water: Prague is experiencing heavy summer rains. The rain continues for days. Tension mounts along with the level of the Vltava as Feline Intelligence reaches out to the save stranded cats. Just as recourses reach its limit a cry of help comes in from the colony of strays in the zoo. The zoo animals are being taken to safety but who will help the stranded felines? Can FI make it in time? Or will the cats be left to help themselves?

The Eight Key Committee: In the midst of preparations for the viewing of The Garnet, an ancient artifact, important to heritage of the feline community of the Czech Republic, a cat goes missing. In their quest to find her, Feline Intel uncovers sinister goings on around the trusted committee of this precious jewel. 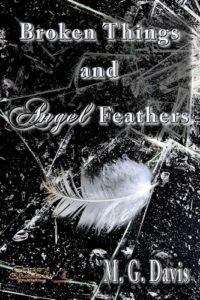 If your journeys as a reader take you to steamier climes, you will love Shiloh Darke’s paranormal books. Ocean’s Portal is a stand-alone book and is a fine example of Shiloh’s work. Whether you are a new reader or a long-term fan, you’ll want to add this one to your {Adult Only} summer reading list! 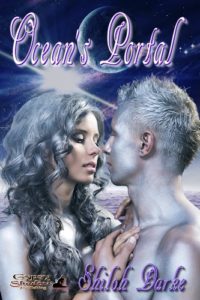 Danielle is a successful author. She has been writing about a man from myth and legend for so long, she has very nearly let herself believe he is real. But she knows better. Dream lovers are just that—dreams. When one day, she’s brought face to face with Sorna and is forced to rethink that theory, he is everything she has dreamed him to be, complete with tail. But his discovery as well as his link to her threatens both of them. Can they escape the clutches of those who would destroy them? Even if they do, will Danielle ever find her way back to her normal life? Will she even want to?

A collection of modern fairy tales to enjoy alone, or with your favorite child, from a grandfather with an exceedingly vivid imagination. Edward Ahern opens the door on his inner world and invites you inside to a great bit of fantasy to add to your summer reading material! 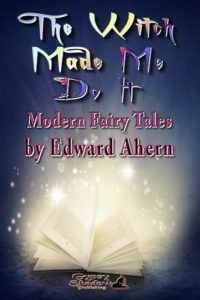 Check out The Witch Made Me Do It by Edward Ahern

An improbable genii, a color-shifting cloak, a helpful skunk-some of the things in this shimmering collection of wonder tales for children. These fairy tales are set in today’s world, in places where the young readers and listeners already live. Literally a labor of love, this collection was first written for the author’s grandchildren who star in most of them. The tales are waiting for you to read them aloud to your children and grandchildren. 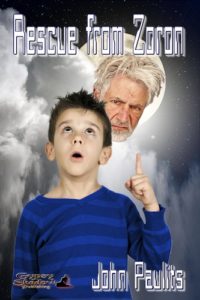 Author Tamara Lowery has a taste for roughness in Hell’s Dodo, the 5th in the {Adult Only} Waves of Darkness series – the saga of the pirate turned vampire Viktor Brandewyne. If you’ve followed the series, Viktor is venturing farther afield in his mission to visit the seven Sisters of Power and continue to exist. If you’re a vampire/pirate/mythical fan, this series is for you!

Check out Hell’s Dodo by Tamara Lowery at

Viktor Brandewyne finds himself tasked with finding the most flighty of the Sisters of Power. He tracks her from New England to the ends of the earth. She sets him the task of retrieving three things as the price for a portion of her magic: a dragon’s egg, a dodo’s egg, and a drop of blood from the Daughter of the Dragon, one of the few beings capable of killing him.

Lady Carpathia has her own agenda concerning Viktor. Though she comes to realize just how dangerous he is, she still hopes to seduce and use him to overthrow her master before she ultimately destroys the pirate-turned-vampire.

Fraught with danger, Viktor’s chances of surviving this quest are almost as slim as those of him completing it. How can he acquire the eggs of a mythical beast or of a creature that has been extinct for nearly a century?

Some authors have a special talent for taking the reader on a journey across space and time – in After the Martians, a tale from the What Man Hath Wrought Series, Steven R. Southard takes the reader to a world of science fiction, an alternate reality where Earth is in the midst of the first world war – with the added twist of an invasion by the Martians being inserted into history. 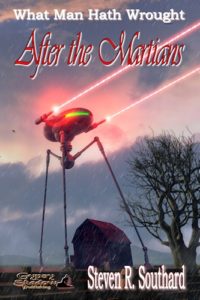 Check out After the Martians by Steven R. Southard

In 1901, the Martians attacked Earth, but tiny bacteria vanquished them. Their advanced weaponry lay everywhere—three-legged fighting machines, heat rays, and poison gas. Now, in 1917, The Great War rages across Europe but each side uses Martian technology.

Join Corporal Johnny Branch, a young man from Wyoming, as he pursues his dream to fight for America. Follow magazine photographer Frank Robinson while he roams the front lines, hoping to snap a photo conveying true American valor. Perhaps they’ll discover, as the Martians did before them, that little things can change the world.